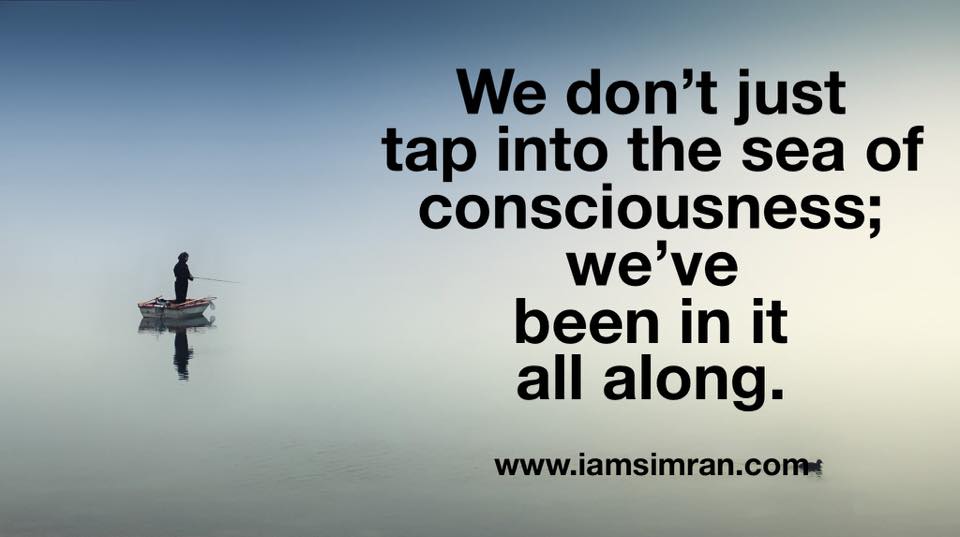 We don’t just tap into the sea of consciousness; we’ve been in it all along.
Each individual was a thought in the vast mind from which all things stem. Each one is an idea whose time came; a part of a magnificent story… a more expansive experience… another reflection and expression of possibility. Within the great mind are many minds that also carry the miracle of imagination. This is our greatest gift. The idea of being able to see and feel something into reality… to catch hold of a thought, keep it or throw it back.
All things exist in that vast sea. The opportunity is there for all to immerse or stand on the surface. Either way, we are in it, with it… a part of it; never apart from it.
Genius is purely complete openness to the field. It is the willingness to say ‘I do not know’ so that one can eventually say ‘I KNOW’. It is the curiosity to not only rest in creation but also BE creator.
Whether the water is muddied with chaos… rippling with waves of continuous imaginative stirrings or completely still and placid… it is consciousness expanding. And the most beautiful part; you are consciousness experiencing itself.